For Rent or Purchase - Available only in U.S. 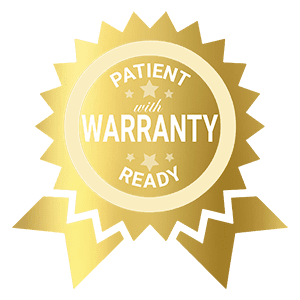 Most Effective Degradation of Bilirubin1

Blue LEDs emit most of their light in the 450-475 nm spectrum. This range corresponds to the peak absorption wavelength (458 nm) at which bilirubin is broken down.1

All refurbished equipment sold by U.S. Med-Equip, Inc. (“USME”) is patient-ready and is warranted to be free from defects in both materials and workmanship for a period of one (1) year unless otherwise specified. Parts, accessories and internal batteries are covered by a 90-day limited warranty unless otherwise specified. Any stated warranties are in effect from the date of sale. US MED-EQUIP reserves the right to repair, replace or refund (less cost of shipping) any item(s) requiring warranty service. The customer is responsible for return shipping costs and required to contact US MED-EQUIP prior to shipping the item(s) back.

REQUEST A QUOTE
Powered by